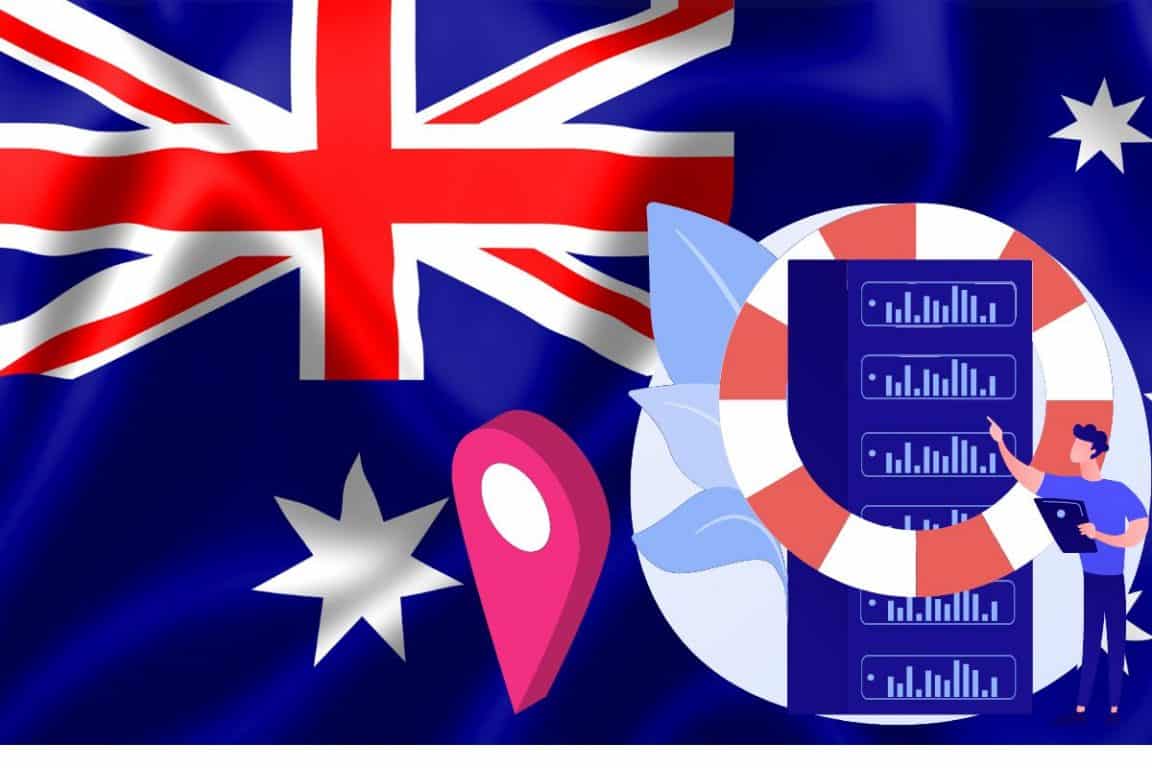 If you've found yourself in a situation where you could really use some Australian IPs, don't pack your bags just yet. While it would make a great trip, you don't need to move across the world to get them. Our advice – is just to use proxies.

Don't worry if you don't know what they are. That's what we'll be explaining in this article. Though if you're in a hurry, feel free to skip ahead for the best Australian proxy providers part. Ok, let's start from the basics.

What Are Australian Proxies? 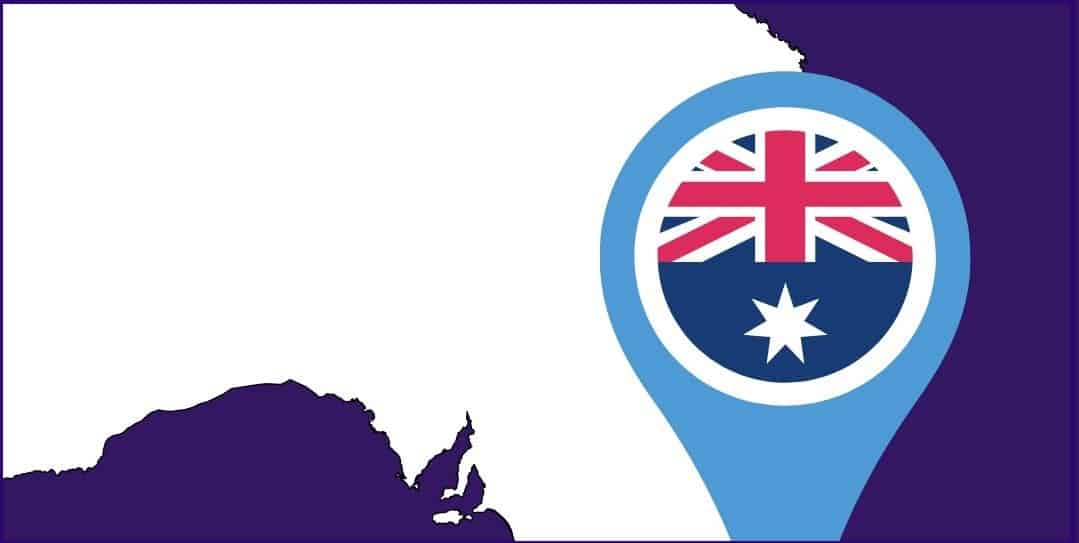 You probably already know what proxies are, right? Here's a quick reminder. A proxy server is a middleman between you and the internet. Instead of connecting to a website directly, it will route your connection through itself, sending the request on your behalf.

So to put it simply, a proxy is a way to get a different IP address. You're absolutely right if you now think that an Australian proxy must simply be an IP address located in Australia. When you use these proxies, your target server will think you're just a regular Aussie.

But why would you need the server to think you're somewhere you're not? Let's take a look at the most common use cases.

Imagine your company expanding its global reach and making its website available to Australia. You'll need Australian proxies for website localization testing to ensure everything is in order. You can also use them for ad verification if you're running localized digital ads in any specific Australian city or the whole country.

This way, you'll know where and how your ads appear, and you might even prevent losing your investment to ad fraud. Probably the most common use case of region-specific proxies is web scraping. Let's say you're analyzing a competitor and need to find how well they perform in Australian Google. You'll need an Australian IP to access accurate data and not get blocked while doing so.

We should not forget travel fare aggregation and price comparison use cases, which rely on proxies. However, you can use proxies for something as simple as reading Aussie news because they can give you access to any regionally locked content. 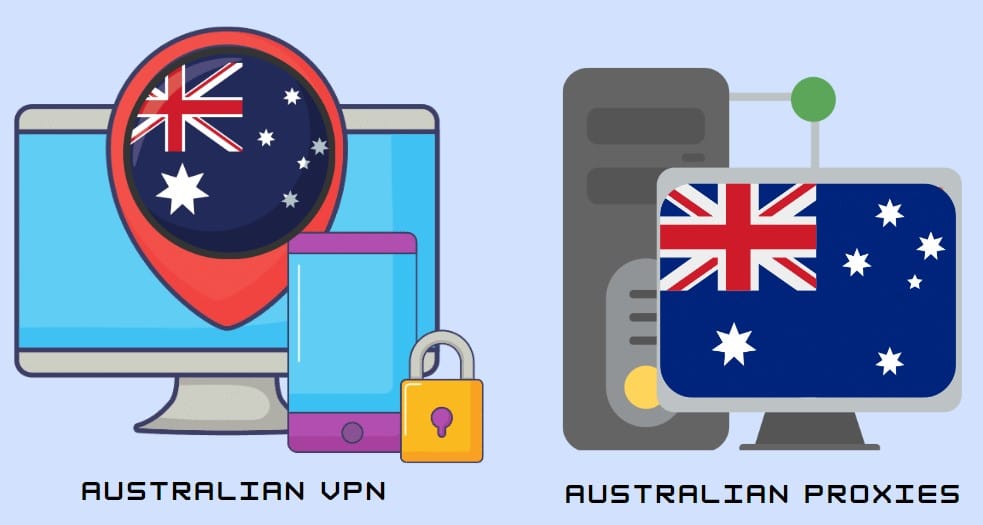 You might be thinking, “wouldn't it be better to use a VPN for some of these use cases”? That's an excellent point. While proxies are perfectly capable of unlocking such websites as Australian BBC and allowing you to browse the web from a different IP, VPN may be a better choice. Especially if you want your browsing history to be encrypted.

However, a VPN won't allow you to make several concurrent requests, and they usually don't offer fast IP rotation. So you won't be able to perform web scraping or data mining with them. Let's talk about providers if you've decided to need proxies instead of a VPN.

We ran several tests to discover the best providers of Australian proxy servers. These tests measured every provider's average speed and success rate when connecting to Australian servers.

We also tested how each network performs when dealing with hundreds of simultaneous connections. Only the top-performing providers made the

When it comes to Australian proxies, our number one pick is Smartproxy. Why?

Simply because this company delivers premium quality service for a much lower price than its counterparts. Even though Smartproxy sacrifices fringe features, it focuses on ensuring its customers get the most of its services.

The company provides an excellent user experience and fast customer support. Speaking of its proxy pool, Smartproxy possesses 40 million IPs, and 32,000 of them are Australian. To access it, you might want to check out its starter plan, which costs $75 for 5 GBs of data.

Bright Data has a huge 72 million proxy pool, including nearly 300,000 Australian IPs. Its proxies are fast, stable, and efficient. However, starting out with Bright Data is not straightforward and requires technical knowledge to figure things out.

The pricing isn't beginner-friendly either. The cheapest plan costs $500 for 40 gigabytes, which means you'll pay $12.5 per gigabyte. The feature to target particular Aussie cities will double the price.

NetNut offers rotating residential proxies and static IPs that come straight from internet service providers and don't need to rotate. It performs well, but the user experience could be improved. If you pick this provider, you'll get a chance

to dive deep into its 10 million proxy IP pool. However, it's unclear how many of them are Australian IPs.

The number 4 is GeoSurf. This premium provider offers fast and well-performing proxies. Despite a small proxy network of 2.5 million IPs, GeoSurf covers over 1,000 locations and has over 1700 Australian IPs. The main drawback of this provider is the price. The cheapest plan starts from $450 for 38GB, which is $11.85 per gigabyte.

Oxylabs is one of the largest providers, with over 100 million proxies. It offers a staggering number of 1.1 million Australian IP addresses, allowing you to target pretty much anywhere in this country.

Oxylabs' proxies are fast and have a nearly perfect success rate. However, like most premium providers, Oxylabs isn't suited for beginners, mostly for its price. Expect to pay at least $300 for a plan with 20GB of data.