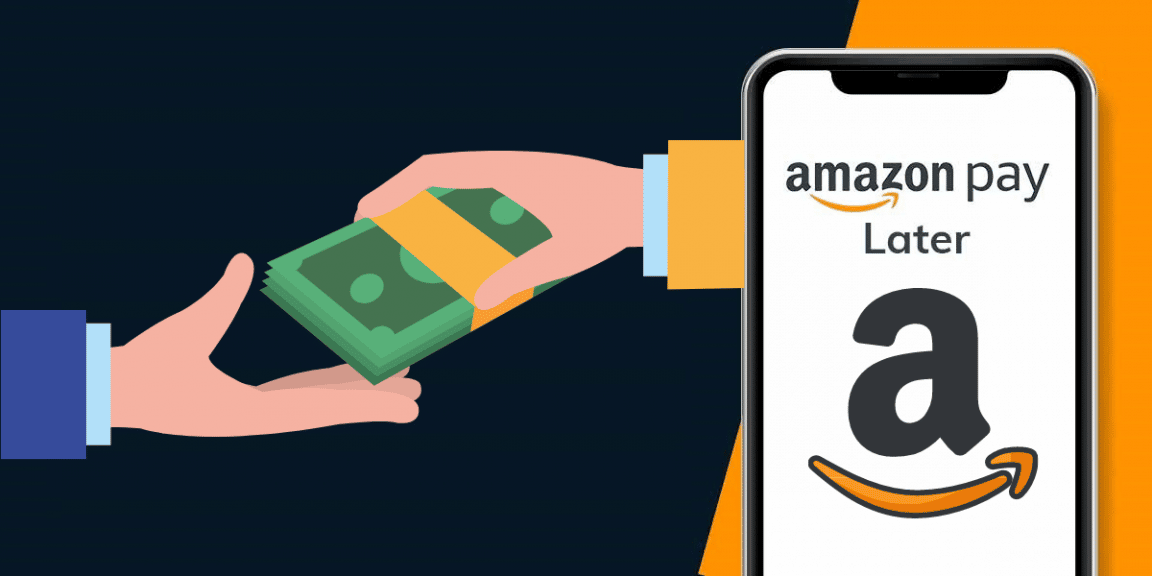 An easy and smooth method of payment is a major advantage for any ecommerce platform. If you ever wanted to buy something on Amazon and experience the seamless and fast checkout of using afterpay then you may have been disappointed to know that Amazon does not support this method of payment.

The main reason why Amazon does not include afterpay in their payment options is that, for such a large mature company with a huge market share in the retail business, the afterpay option plays a negligible role in bringing in new customers.

The main reason that other online retailers use after pay is to lure in new customers to their platform as that particular method of payment is fast, easy, and seamless. Regardless of that, Amazon does not see the need to include the afterpay payment option since it is not reliant on the payment options to bring in new customers.

The main advantage that Amazon has is that it has a huge loyal user base. In Fact, there are over a hundred million people who visit Amazon.com every month. This shows that even though Amazon does not provide the afterpay option, the customer will still use the platform.

Nonetheless, Amazon has managed to be the leader in the ecommerce industry even without offering afterpay or other similar payment options.

Even though Amazon prime gives customers lots of added benefits compared to those that do not use Amazon prime, afterpay is still not included as a payment option for prime customers.

Amazon reported more than 200 million subscribers in 2021, this would indicate the reason Amazon does not include afterpay. Amazon Prime already has lots of loyal subscribers who would keep their subscription even though after pay or similar options are not included.

Can You Buy Now Pay Later on Amazon? 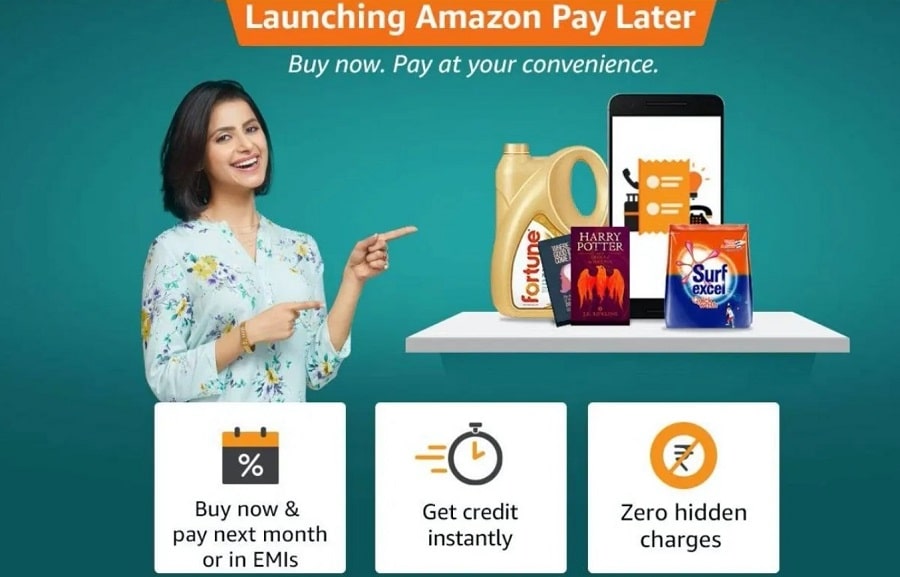 This method has a lot of key benefits such as getting instant decisions on your credit limit by the lender, there are no credit card details required, there is no cancellation fee and no pre-closure charges. Even though this option seems to be a great option for most Amazon customers, unfortunately, there are many restrictions.

The most obvious restriction is that one needs to have an Amazon.in account with a verified mobile number and a valid permanent account number (PAN) card, bank account with one of the selected banks, and one of the following officially validated documents as address proof – Drivers Licence,  Voters ID Card, Aadhaar,  Utility Bills (not older than 60 days) or a Passport. Additionally you must be at least 22 years old for eligibility.

How To Make a Purchase using Amazon Pay Later 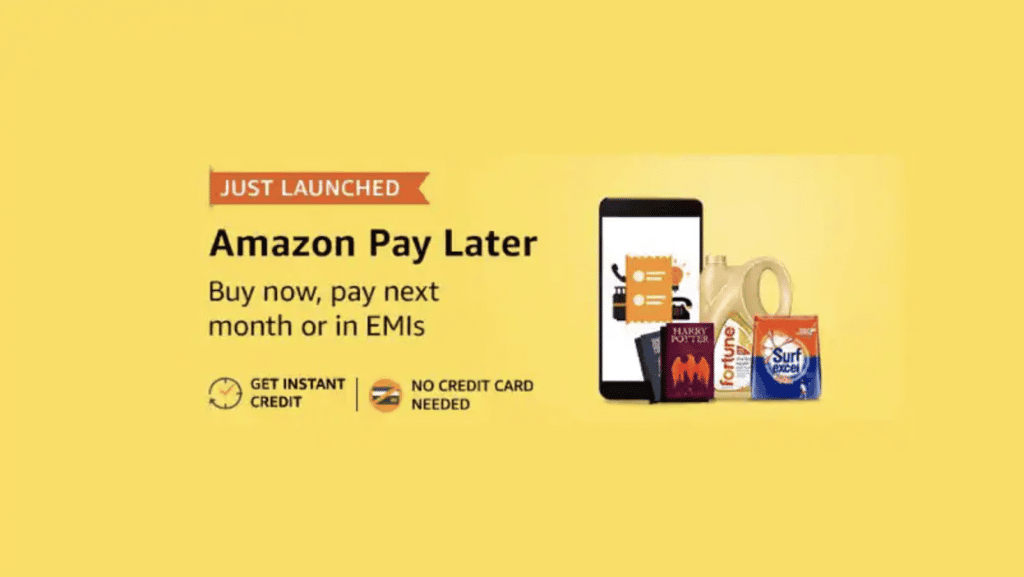 For those who are qualified , Amazon.in offers various EMI plans for using Amazon pay later. The current offers include 3/6/9 and 12 month EMI plan. One can make multiple purchases using Amazon  Pay Later upto the available limit as approved while one was registering.

Converting a transaction already made using another payment option to Amazon Pay Later is not allowed. If one was to return an item, the amount of refund processed will be the total order value minus the cashback value-added to your account.

This essentially means that you have received the refund in two parts, the first part being the cashback value in the Amazon Pay balance and the second the remaining value as a deduction in the utilized limit of Amazon Pay Later.

Some important notes on refunds are if you have placed only one order using Amazon Pay Later and had to return it, you can prepay the total value of cashback plus accrued interest. 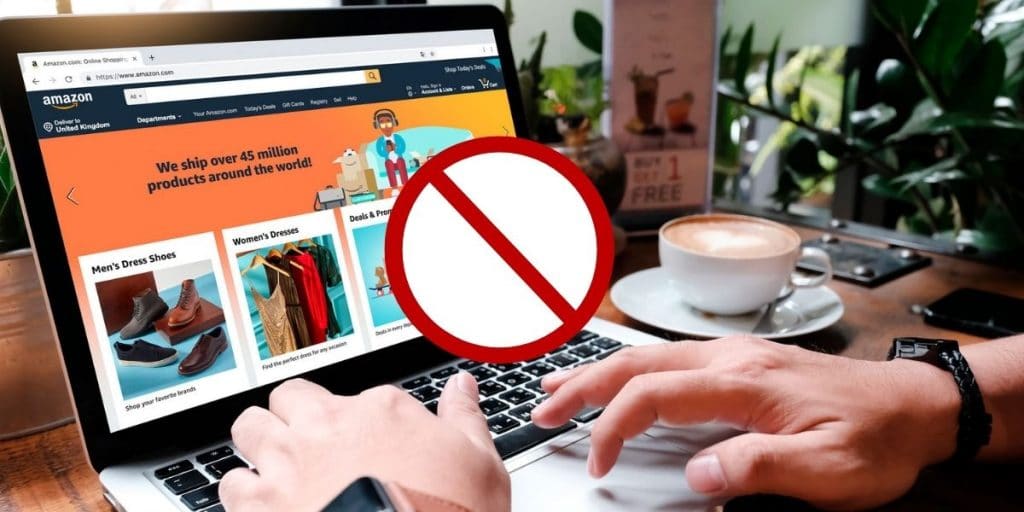 There are certain reasons why your Amazon Pay Later account may be blocked. Such reasons are your KYC has expired, you have some overdue payments or your repayment was post 30 days past due date, due to internal Amazon policies, due to Amazon’s lending partners internal policies and due to the breach of Amazon’s buy now pay later terms and conditions.

How to opt out of Amazon Pay Later?

How does Amazon BNPL work?

Due to the fact that Amazon is the leader in ecommerce, Amazon has expanded their offerings into their financial products to help the users of the platform have a seamless experience when it comes to making their payments.

Over the years, Amazon has offered promotional financing through its credit cards. Amazon has made it easier for eligible customers to use BNPL where thay can make five monthly payments over four months on eligible products.

The Amazon BNPL program works by allowing shoppers to split a purchase into five payments. The first payment is made when the item ships, the remaining four payments are made over a period of four months and the amount is charged to a credit card which is linked to you.

The BNPL option provided by Amazon is quite different compared to other popular options which require four payments over a six-week period. Amazon BNPL payments are often equal amounts, but the final amount might be smaller if the purchase amount is not divisible by five.

Amazon’s BNPL option is different from the promotional financing options you get through Amazon’s store cards or co-branded Visa Cards through Chase. These options include repayment options that range from six to 24 months depending on the holder's card.

Another difference is that they have purchase minimums and may charge interest depending on the financial plan.

There is a major limitation when using Amazon's BNPL which is you can only use it for only one item per product category at any given time.

Is there a minimum purchase price when using Amazon BNPL? 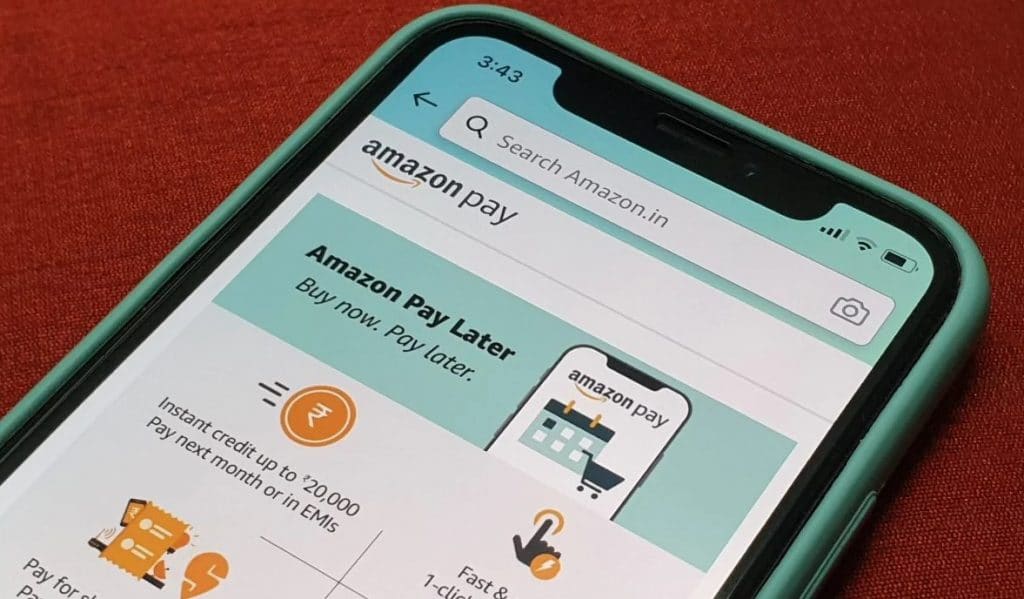 If you want to take advantage of Amazon’s BNPL, there is no minimum purchase amount and this means that you can use it for even basic commodities that are not pricey.

Is there a maximum purchase price when using Amazon BNPL?

Amazon does not limit the maximum purchase price of products qualified for BNPL but instead focuses on limiting the type of products that are qualified.

What other online retailers accept after pay?

Such retailers include Etch Sportswear, JD Sports, OPSM Optometrist, Lounge Underwear, Sheike, YD, Fire, Next, Gorman, Dissh, SunnyLife, and Baby Bunting. Most customers in these online retailers prefer the afterpay option to use credit cards and that's why it is very popular. 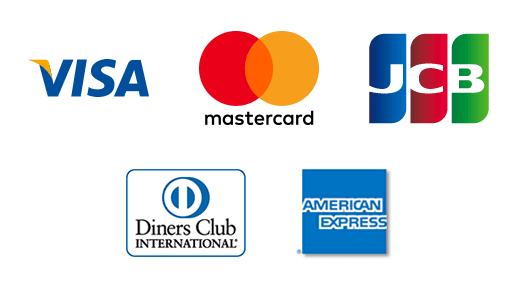 Amazon accepts both credit cards and debit cards. The credit cards that are currently accepted include Visa, Master Card, American Express, Diners Club, and JCB. The Amazon.com card is available for use with selected merchants.

It should be noted that in some cases, one might be limited to using Visa or MasterCard credit cards, if that were to happen the checkout process would make that clear and will let you add one of those payment options.

Amazon.com gift cards can not be used to place an order using Amazon Pay but they can be used to buy eligible goods on amazon.com.

It does not seem like Amazon will be incorporating afterpay in their platform any time soon. Nevertheless, there are some lucrative alternatives to afterpay such as BNPL and other promotional financing options provided.

If you are a resident in India, then you are lucky since Amazon.in offers the closest option to after pay with the Amazon Pay Later option.