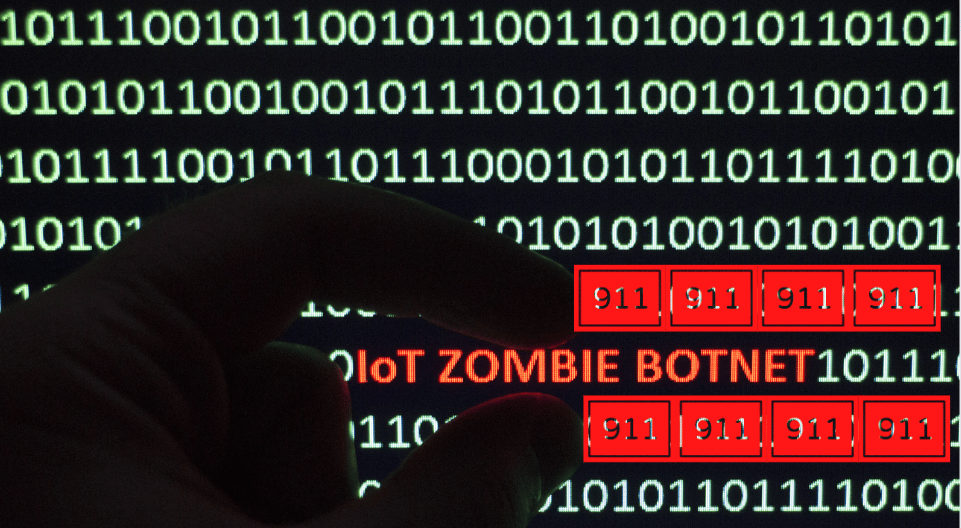 The 911 proxy service was shut down permanently on July 28th, 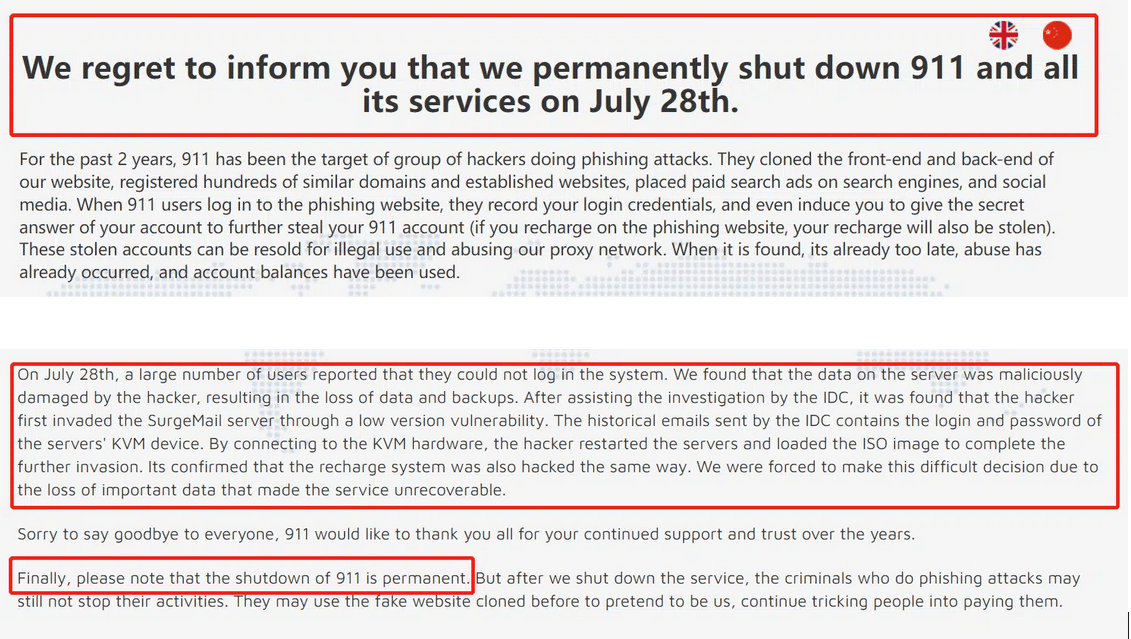 Why does User Use 911 residential proxies?

Now let me explain what this service is because it's a little bit different than a typical vpn or proxy service where someone with influence might block you,

About a residential IP address

why would anyone care about that, isn't the whole point of using a proxy or vpn to change your ip so people can't track you?

Yes, for the vast majority of people that is all they need, it doesn't really matter as long as it is not their own ip.

Well-known VPN providers and people who run websites and services on the internet can easily get a list of all of ExpressVPN or NordVPN‘s IP addresses, then filter them as they wish or limit the traffic coming from those IPs because of course if you run a website, you will see everyone's IP address that is connecting to you.

There is no way they can block you from seeing that, or at least there's at least no way they can prevent you from seeing the proxy server IP or whatever you're connecting to before you connect to the site, IP filtering is common on social media sites, for example, they might not let you log in from certain IPs, or they might just let you view posts and not make new posts or not give those posts a rating, for reasons of trying to reduce spambots and people using sock accounts to add points to their posts.

Then some bots will buy a limited number of things, like PS5s or sneakers. They'll buy those in bulk from resellers because usually, you're only allowed to buy from one IP address once.

Of course, they will block vpns because you know anyone will try to do that as the first thing to change their ip.

Hence, bots use things like nordvpn or expressvpn to switch their ip's accounts and they will get caught and banned soon.

It's easy to just ban the whole botnet by doing ip range bands but social media sites are much less likely to range ban residential ip's and the same thing applies to online stores because that will probably end up banning a lot of legitimate users because just like Nordvpn has a block of IP addresses that they give to people, so Comcast, Time Warner, so if you ban a large range you end up banning a lot of real people.

So there is a botnet using that residential proxy service is much better, there's all kinds of other shady things that people use these residential I'm sure some people do use these proxies for legitimate things.

In fact, it's actually a cheap alternative vpn service because it's only around $20 that you can access to 150 proxies, and supposedly that access never expires, which of course it does now. Still, suppose you have this Let's say you bought this two or three years ago.

In that case, you could probably access 150 proxies for around $20, which is for most people, that's probably fine well, depending on what you're doing I don't want to do any banking on uh, this proxy connection but if it's something like I don't know you just want to browse social media. Still, you don't want Facebook or Google to know your IP address then.

911 is better than VPN (Datacenter IPs) for some “illegal behavior”

I mean it's probably a cheaper solution than using a vpn but even so, I don't know how reliable it would be because it would be using a residential connection rather than a more reliable data center proxy connection.

Overall, it seems like the kind of you know, especially with those residential ips something that would be more appealing to cyber criminals rather than people who are shopping online or want to legitimately people who shop online, or people who want to use social media legitimately, rather than just having a bunch of sock accounts to vote for uh, so it kind of makes you think that if most people are using this service for black hat SEO and hacking for illegal behavior.

How Did 911.re Getting these residential IPs as proxy servers?

Then who exactly is voluntarily using their computers to route this traffic because there are tens of thousands of nodes in this residential proxy service, 10 times as many as Tor, the reason I brought up Tor is that it's a little bit similar in the sense that it's kind of you know it's a proxy chain service run by volunteers and sometimes that service is used for illegal activity.

But illegal activity in Tor will only be associated with your IP if you set it up as an exit node and someone is doing illegal stuff into the clear web if it's on the onion then it can't be seen uh, anyway this 911 proxy it's set up as just a single hop, you know someone connects to you, and then you go out to In this setup, everyone is an exit node which is obviously not something that most people are going to sign up for. 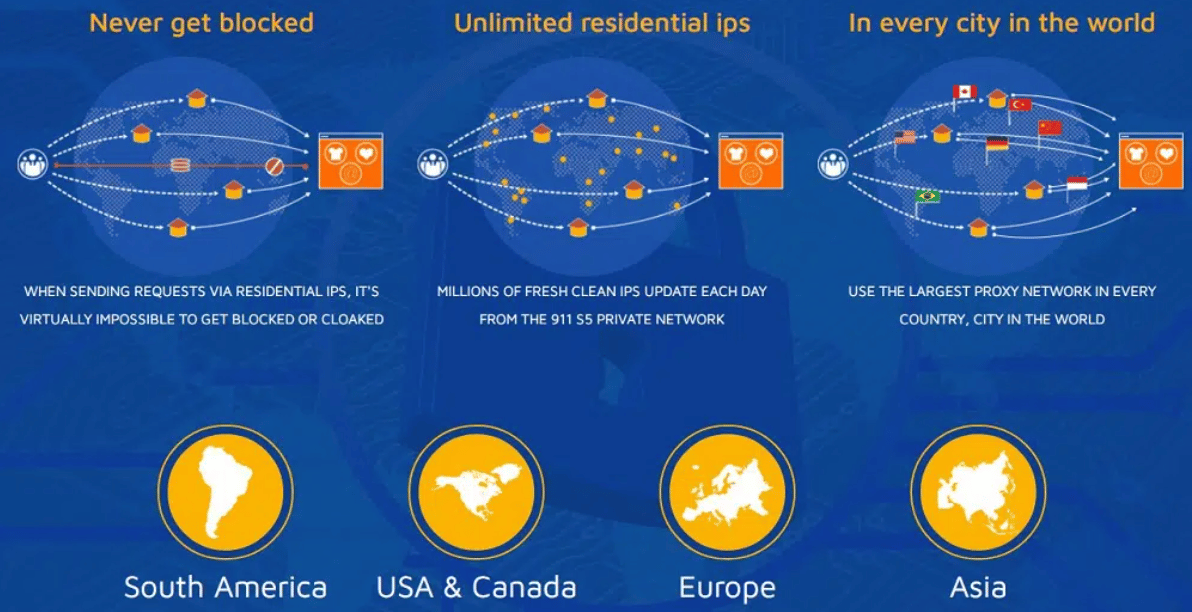 I mean you can look at the tour stats, there's a lot of people volunteering for nodes, you know my node feature is basically every one of these flags Except for the exit node, so it turns out that when you start looking at how this is actually installed on people's machines, a lot of the proxy servers in this client proxy service are not exactly voluntary participants 911 proxy actually pays several other software vendors to bundle their proxy software with an installation wizard.

Especially on older Windows machines, where you're installing something, like some random junk. Then you open your browser and suddenly have a new toolbar or you know there's like three extra icons on your desktop.

It's like oh All this junk coming from 911 proxies would be one of these apps and there's even FREE OR “fake” vpn apps like mask vpn and do vpn floating around and actually they just add you to this botnet.

They'll let you connect to other bots to make it look like you have a free vpn service, I mean, I guess technically you do. Still, in reality the only reason it's free is because you're also somebody else's vpn server. 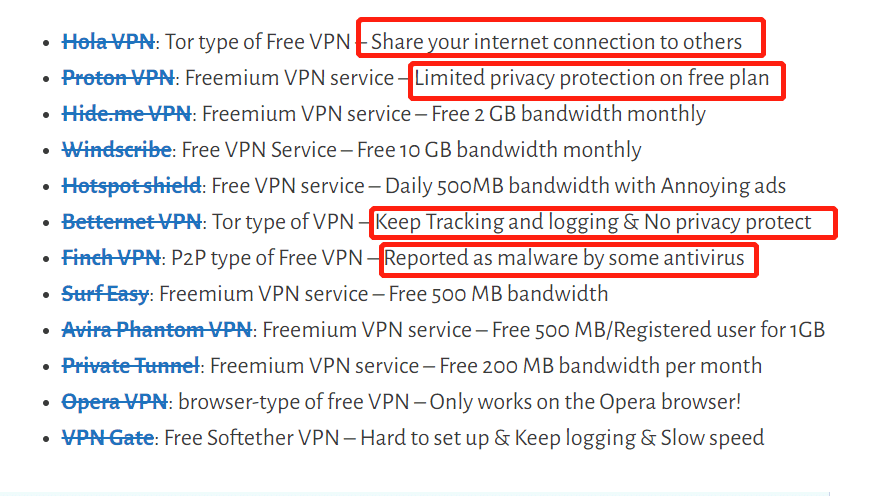 In the background you're going to be routing traffic who knows that there's a good chance that some of it will be illegal traffic so ultimately what led to the demise of 911 the official story is that they got hacked. Their website is now completely down but I was able to pull up its cached page from Google.

They started saying that in the last two years somebody had been hacking their website by cloning websites to pass themselves off as their service and then paying to advertise.

You know, when you search for 911 proxies, the fake ones show up before the legitimate ones, and they're doing it. They're also phishing people and then reselling these stolen accounts.

They don't say it directly, but they kind of imply that the illegal activity that's going on in their network is coming from these stolen accounts, as if it's something that they don't know about.

Reason for the 911 shutdown

And then they said on July 28th that their recharge system had been hacked just a few days earlier, so it went beyond just phishing and impersonation across the board.

Hence, they said we're just going to shut down because you know we're totally hacked, and everything is broken.

We're going to pull the plug, but that seems like a pretty big coincidence considering Brian krebson wrote an article about them just two weeks ago talking about 911's shady business practices and how they trick people with shady software to get their proxy clients.

Most of the discussions about people using this service and most of the people promoting it are on hacker forums, so it pretty much confirms my suspicions that this service was not very legitimate from the beginning.

Or at least it wasn't, you know, something that it might have worked, I'm sure it worked actually, you know, hacker.

Most of the discussion about people using this service and most of the people promoting it are on hacker forums, so it confirms my suspicions that this service was not very legitimate from the beginning.

You know it meant that people were not up to good; the final nail in the coffin for them was 911.

The final nail in the coffin for them was that 911 seems to have ripped off a lot of customers because now that they're shut down, there's no way to get in touch with them.

Well, it wasn't really a transparent company from the beginning, like they were, you know it was kind of anonymous as far as who was running it, well, a lot of people are claiming that they've paid a lot of money to rent ips, and as recently as two weeks ago, probably some people who read Brian's article decided to go ahead and sign up on 911.re, but no one got their money back, which leads me to further believe that this is a very shady business, so yes, for those of you who paid these people but didn't get their money.

I'm sure there are plenty of other residential proxy services that you can use, but should be hard to find the price cheap as 911.re which pay on daily at number of proxies, also 911 proxy offer a self-developed proxy client.

It might be worth researching to ensure you don't end up with another would-be exit scam and comment on the hacking algorithm.