Ubuntu and Mint are arguably the most popular Linux distributions currently. Even though both versions of Linux are based on Debian development, there are significant differences between the two. With that being said, which one is best for you? Let’s find out…

The difference in resource utilization between Mint and Ubuntu is very conspicuous in old PC models. Linux Mint is a Debian-based Linux operating system in three flavors: Cinnamon, MATE, and Xfce.

Even so, this Linux distribution is particularly light, compact, and very low on hardware resource utilization.

On the other hand, Ubuntu is particularly resource-heavy and less compact. Therefore, based on hardware resource usage, Linux Mint trumps Ubuntu.

The Linux Mint uses a software package manager called “Software Manager,” and a system update manager referred to as “Update Manager.” These applications provide users with a graphical interface for installing software and updating the operating system from the repositories managed by Linux Mint rather than from those operated by Canonical and the community at large.

Linux Mint is an Ubuntu derivative that aims to provide a complete desktop computer operating system out of the box. It bases on Debian, just like Ubuntu, but it comes with many more pre-installed software libraries.

For instance, it comes with a text editor called sublime text. For versions that do not include the sublime text, it can be readily installed via the software manager.

On the other hand, Ubuntu has fewer software libraries. If you need extra tools, you need to add PPA to help with the installation work.

Linux Mint has better support for a broad range of system drivers. After installing mint, you can use the driver manager utility to help with the smooth installation of other drivers. This comes in handy during system updates where Mint automates the entire process.

On the contrary, Ubuntu requires manual installation of some drivers, in addition to the ones that it comes with. Driver updates are also done manually, which is a cumbersome process. Meaning Linux mint has a much simpler driver support system compared to Ubuntu.

Ubuntu and Linux Mint are both based on the same core technology. That implies that it’s super easy to update programs on either platform.

For instance, under Ubuntu, simply click on the Dash icon in the dock and locate the Software updater.  Use that function to download and install any software updates.

Similarly, on Linux Mint, the process of software updates begins by clicking on the Dash icon and then searching the Software updater inside the dock. Use that feature to search for, download, and install the latest software and package updates.

Many people are looking for a Linux distro with a design that is easy to use, fast and stable. There are three versions of the Mint interface: Cinnamon, Mate, and Xfce. Like in Windows operating system, the taskbar in Linux Mint is located at the bottom of the screen and also features a “Start” menu.

Noteworthy is that Mint supports indirect rendering mode that is particularly useful whenever the graphics card driver malfunctions. You can also make use of the Desktop to fix any driver errors. 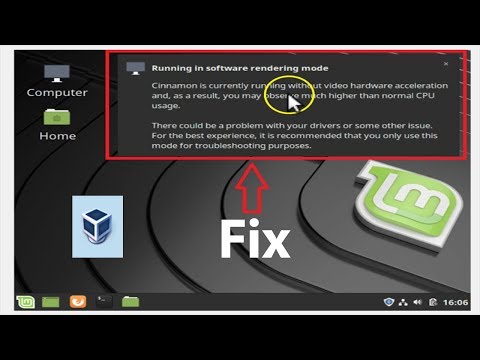 However, Ubuntu doesn’t support features for recovery in the event of a graphics card driver malfunction.

Linux Mint is a free operating system that bases on Ubuntu. It comes with some pre-installed software, and it is best for a desktop environment.

Comparatively, Ubuntu has far fewer pre-installed apps. Pre-installed apps come in handy, especially for new OS users who are not conversant with the download and installation of new software.

Apart from that, Linux Mint also supports a dual boot Windows operating system. This is made possible by the fact that Mint comes with its own installer that allows users to download and install software packages on their own. Ubuntu doesn’t support such a feature.

The minimum hardware requirements for Linux Mint are almost identical to that for Ubuntu. Ubuntu requires a Pentium 3Ghz processor, 4GB RAM, and 20GB of hard drive space.

There are two versions of Ubuntu, each with a unique update cycle and support option. The first version in Non-LTS Ubuntu updates once every 6 months and comes with up to 9 months of support.

Next is the LTS Ubuntu that updated once every two years and comes with up to 5 years of support. Take note that most of the Ubuntu updates often include mainly security patches.

Linux Mint is based on the LTS system and therefore updates once every 2 years and with up to 5 years of support. However, you can extend the updated and support period up to 10 years by simply enabling the ESM function.

Generally speaking, the update cycle for Linux Mint is about twice that for Ubuntu. Over time though, the variations in updates between these two Linux distributions have reduced to minor tweaks in the desktop appearance.

So which one should you choose, Ubuntu or Linux Mint? Overall, Linux Mint is the better option of the two Linux distributions. Linux Mint trumps Ubuntu on different aspects. Some of these include ease of use, versatility, upgradability, driver support, hardware resource utilization, among other features.