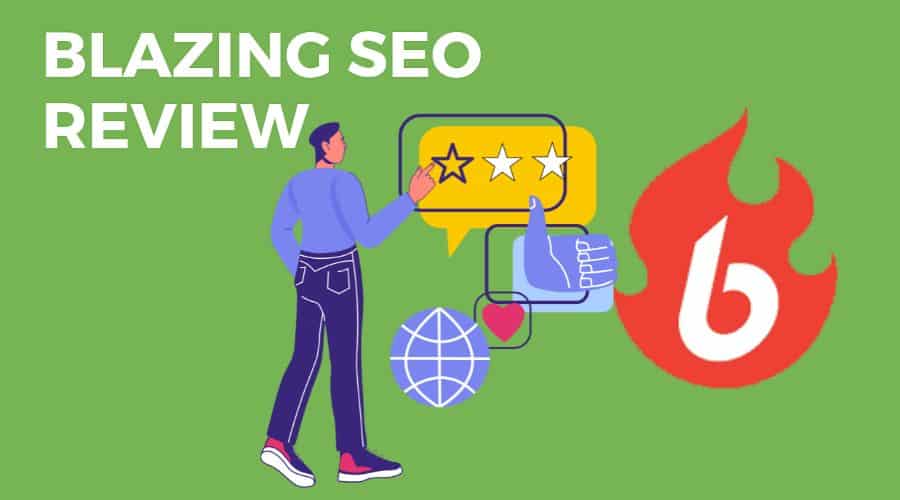 Do you need to scrape thousands of web pages without getting blocked? Rayobyte offers to help you do just that. But can this proxy provider deliver on its promises? In this review, we'll try out Rayobyte's dedicated and ISP proxies to see if it has what you need.

Rayobyte is a US-based provider of proxy servers (formerly Blazing SEO). The company is famous for its dedicated datacenter proxies, though recently, it introduced residential and ISP proxies.

Rayobyte started out in 2015. The founder, Neil, would go around online forums, promising fast and affordable datacenter proxies that would make your SEO… well, blazing. They did, for as little as .65 cents apiece. And just like that, Rayobyte found its foothold in the market.

Today, Rayobyte is no longer run by a few guys from their basements. It's grown into a bustling company with 30-something people and hundreds of thousands of proxies in dozens of locations. So, we can safely say it's become one of the largest proxy providers in the US.

For most of its history, Rayobyte sold datacenter IPs only. Early in 2021, it started offering ISP proxies and then rotating residential proxies. At around the same time, it also rebranded. The new direction highlights ethics and openness – some things the proxy industry isn't known for.

The third aspect is flexibility – the ability to offer something for everyone, whether you need five or five thousand IPs. Not too shabby.

Unsurprisingly, its flagship product is datacenter proxies. As I've mentioned, they include around 300,000 IPs. Few providers can match this scale, save for maybe Oxylabs and Bright Data.

All three types support HTTPS and SOCKS5 protocols, allowing you to send all kinds of traffic through them. No matter which type you choose, you get unlimited bandwidth and fast 1 Gbps connections.

Next, we have ISP proxies. These are datacenter addresses registered under internet service providers. So, same performance, better anonymity. Rayobyte claims to source these proxies from major consumer ISPs. For now, only American ones. The format is an IP list.

Finally, there are rotating residential proxies. These IPs come straight from the phones and computers of real people. The product is still in beta, so let's not grill the newbies for now.

I've mentioned that Rayobyte used to be a pretty great deal. Is it still, now, that the company's grown so much? Kind of. The pricing depends on three factors: plan, duration, and location. There are four to speak of Starter, Personal, Corporate, and Enterprise. Each covers a range of IPs.

As for locations, some countries are half as cheap as others. Generally, you'll pay the least for US proxies, as they're easier to a source. So, how much can you expect to actually shell out?

Assuming you're buying monthly, the semi-dedicated proxies cost between .34 cents and $1.20. The dedicated proxies range between .65 cents to $3.50 per IP address. The rotating proxies charge between $2.10 and $3.50 per port. The ISP proxies cost the most, between $3.74 and $5. That's because they're way harder to a source. The pricing can be pocket friendly, as long as you buy in great quantities.

Otherwise, it's reaching into the premium territory. A lot depends on which end of a plan you end up in: they're so broad that the same plan can be cheap and expensive for different customers. If you don't want to jump in, there's a 2-day free trial to test the service.

We had the opportunity to test both dedicated datacenter and ISP proxies – 100 each. Here's what we found. All the proxies came from the US. We used three IP databases, and they identified most IPs correctly. We had issues with one database, according to which 31 dedicated proxies had no city assigned. This would put them somewhere in… Kansas.

Around half of the datacenter proxies were identified as proxies from the get-go, which means they might get banned easier. The other half were tagged as hosting addresses. Not ideal, but that's what you usually get with datacenter proxies.

The ISP proxies all came from Verizon: two subnets were residential, and the third one commercial – much better for anonymity. The IPs had good response times, averaging 1.77 seconds. When we used them with popular websites, the ISP proxies were flawless 95% of the time. This explains the price.

On the other hand, the datacenter proxies had severe issues with Google, Amazon, and TripAdvisor. These are viral targets, so the results aren't surprising.

Other websites didn't pose a problem. At this point, I should note that Rayobyte doesn't have dedicated plans. Instead, the system randomly assigns proxies from a variety of subnets. So, if you get IPs that don't work with your target (like in our case), you can ask for replacement until you find subnets that do. It's largely a trial-and-error approach.

Our stress test failed to bring the infrastructure down, and the download speed was fast, even for streaming in 4K. The ISP proxies were several times slower but still enough for websites like YouTube. We received the ISP proxies excellent; the datacenter IPs were also good, but they needed tinkering to work with some targets. 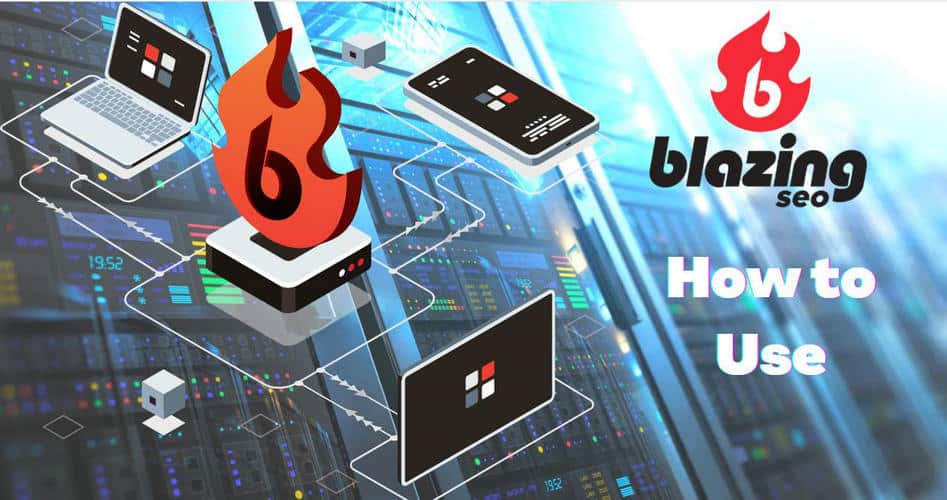 To register, you must fill in a lengthy form and buy a plan. If Rayobyte has IPs in stock, you should automatically receive them within 30 minutes. So, you can start using proxies pretty fast. The dashboard includes everything you may need. You can buy a plan, authorize and manage proxy servers, view invoices, and contact support.

I like that you can upgrade and even downgrade a plan alone without talking with anyone. There are no usage statistics, but without traffic limits, there's little point in having them. The proxy setup here takes two steps:

First, you have to authenticate yourself. IP whitelisting and credentials are supported, though the former will give you more features (like SOCKS5 support).

Second, you can copy the list of IPs into the software of your choice. There's a button to export the list, but you won't see some information, such as associated locations. If the proxy server supports it, you can choose a particular city within the country. We could do that with the dedicated but not ISP proxies.

Rayobyte includes a handy tool to test the proxies. We have our own methods, but you might find them useful. There are many similar displays of care throughout. This really leaves a good impression on the user experience. If an IP fails to work, you can simply replace it.

Rayobyte grants one free replacement a month for each address. You can also manage the proxies via an API. It allows doing many of the same things programmatically. Rayobyte is trying out a new Proxy Pilot tool if you're feeling adventurous.

The tool does some pretty neat things: it automatically rotates IPs, retries requests, and helps you scrape in peace. You also get very detailed usage statistics, but that requires letting Rayobyte read your traffic – a serious trade-off.

Rayobyte puts a lot of power in your hands, and the whole experience feels well crafted. But no matter how much power you get, some things require outside help.

Good user documentation and responsive customer support are a godsend in those cases. Rayobyte does a great job covering the first part. The help desk articles are aplenty and answer most questions you might encounter on the spot. For the other cases or some troubleshooting, Rayobyte has round-the-clock technical support.

It's supposed to be reachable via chat and email, but the chat didn't work during our review. We sent some email queries and received answers in two hours on average. Not Sonic-fast, but we didn't have urgent issues, and the response time remained consistent even at night. 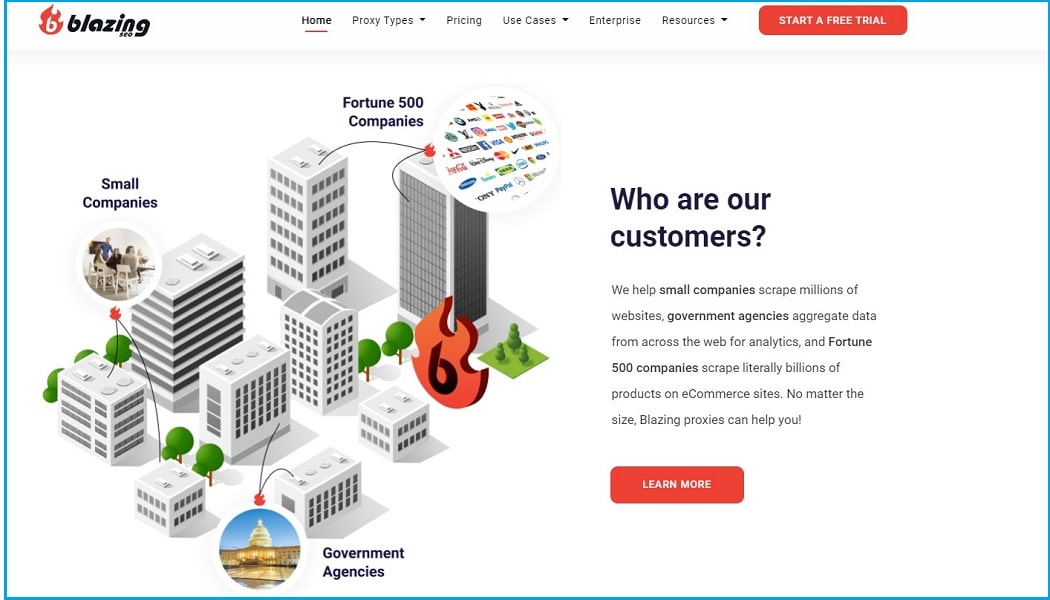 This provider can prove a good choice if you're shopping for data centers. It's flexible and experienced enough to serve most needs, no matter the scale. If you need ISP proxies for web scraping, go for it, but keep your expectations in check. The service is still new and has limited scale and flexibility.

Overall, Rayobyte has grown into a strong proxy provider. With a large fleet of IPs, robust infrastructure, and competitive pricing, it can stand up against the leading datacenter proxy vendors, Oxylabs and Bright Data. And now, Rayobyte is eyeing to challenge them in their home court with residential proxies. But that's a story for another time.