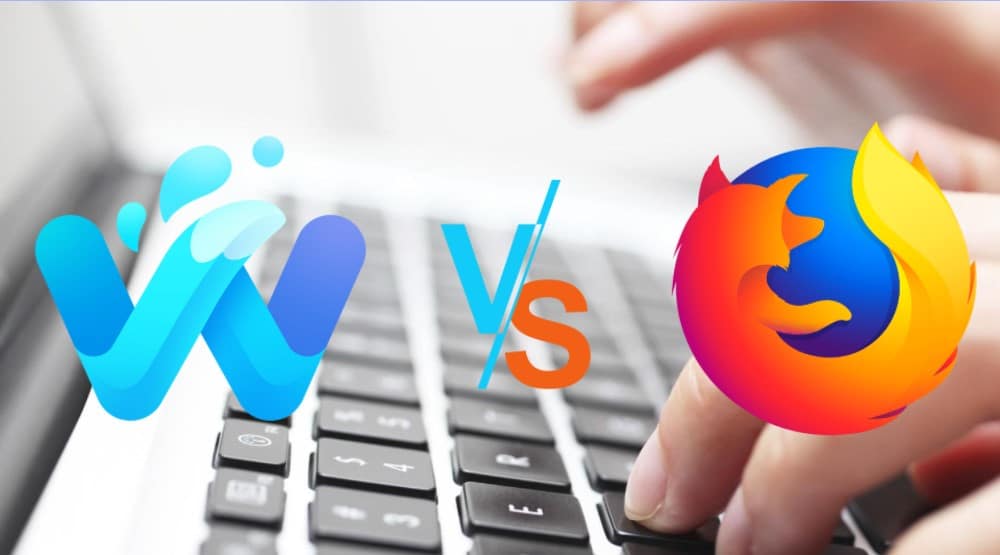 Waterfox was developed based on open-source Firefox modifications. It is an optimized browse that is slightly different from Firefox. So, what is the difference between the two, and which one is more should you choose to use?

Firefox and Waterfox are popular browsers you can use. Firefox is an open-source browser, meaning its source code is available publicly and can be used to create new software. Firefox and Water fox are not that far apart. Waterfox nearly resembles Firefox making it difficult for users to distinguish them. Available on Windows, Mac, and Linux, Firefox is a software browser with open-source code.

Waterfox is a 64-bit browser that took advantage of the open-source feature of Firefox. With Waterfox, users have more freedom, control, and better data security and privacy. As a 64-bit browser, it offers great browsing speed.

Let's analyze their differences so that you can determine which browser suits your needs. 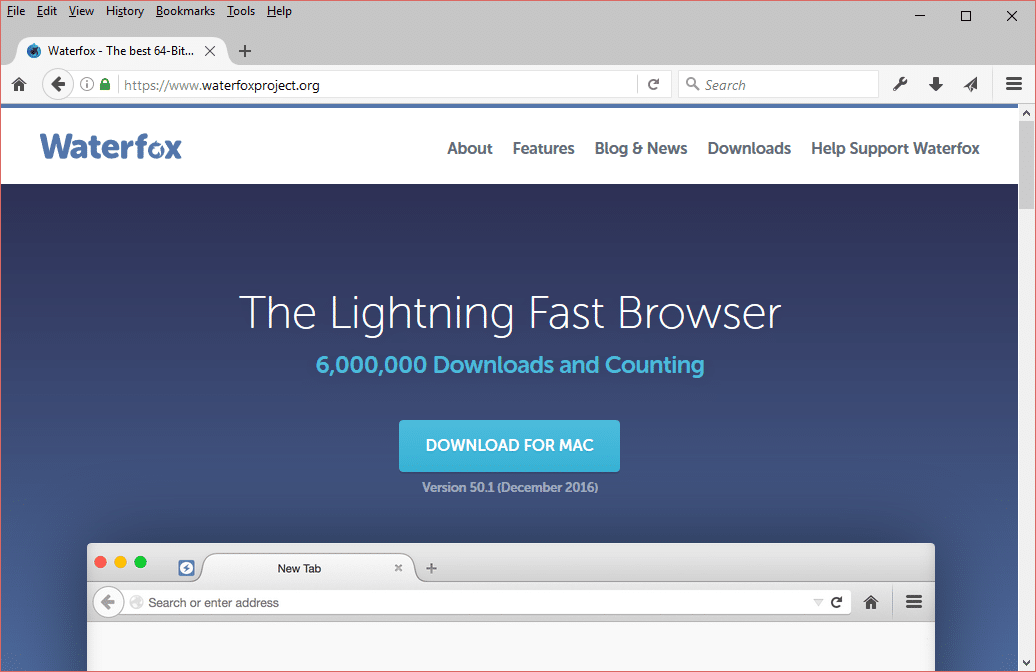 When you compare the booting speed of Firefox with that of Waterfox, Waterfox is much faster. This is attributed to Waterfox starting as soon as it's launched.

It does not scan any compatibility issues during startup. The plugins and extensions in Firefox make it have a noticeably delayed startup.

Where can you use Firefox or Waterfox? You can use Firefox on your Mac, Linux, or Windows computers. It is also available to both Android and Apple mobile devices. However, your mobile phone should use 64-bit Android to download and use it. Firefox performs well on all these devices. 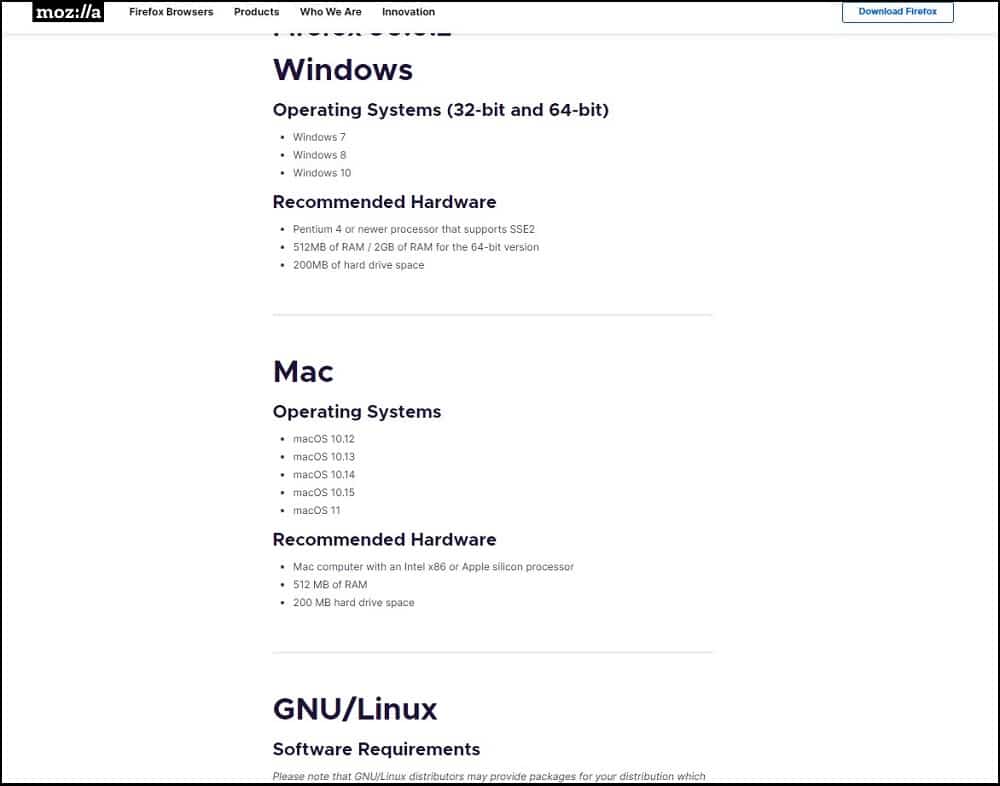 On the other hand, Waterfox supports both Windows and Mac. It also works on Linux but only on certain versions. To run Waterfox, your computer must meet the software's minimum requirements.

For Windows, you will use a computer running on Windows 7 and above. In Linux, it supports Glib 2.28+ and MacOS 10.10 or above for Apple. When comparing the two, Firefox performs much better on the major application platforms than Waterfox.

One notable feature of Firefox is that it supports more than 90 languages. However, to use different languages in Waterfox, you'll be required to download the language pack. Only after downloading it, users from different countries can use the browser.

The problem with Waterfox is that it is not optimized for a small number of languages. That will make the browser report errors. If you are looking for a multilingual browser, Firefox should be your choice. 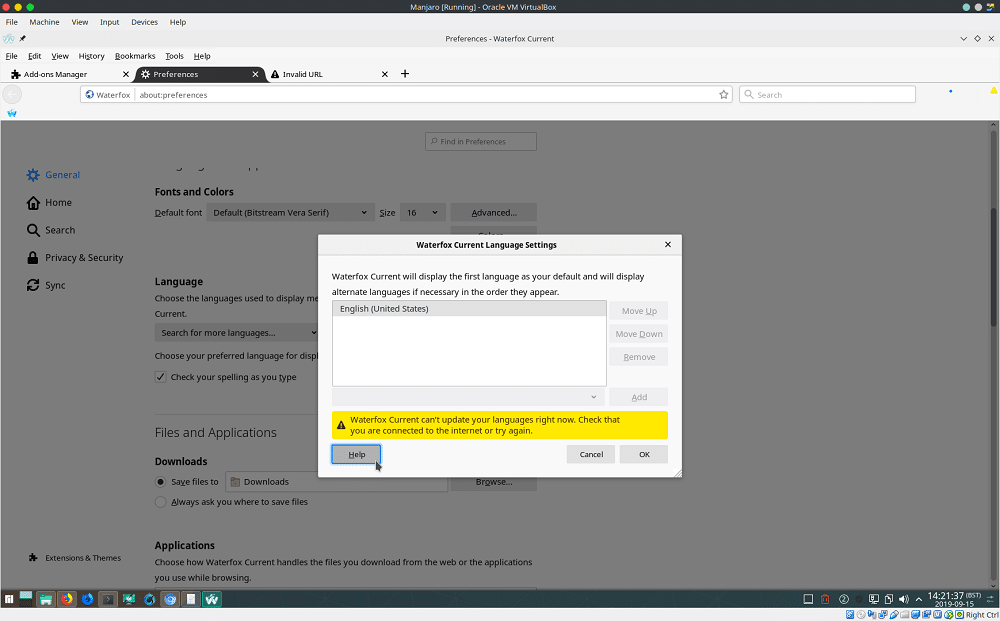 Plugins play a key role in adding more web functionalities to your browser and offering a better user interface. For this reason, Waterfox gained popularity because it supported many extensions and plugins. This is because it supports Firefox Store, Chrome Store, and Opera Online Store hence having a larger extension support. 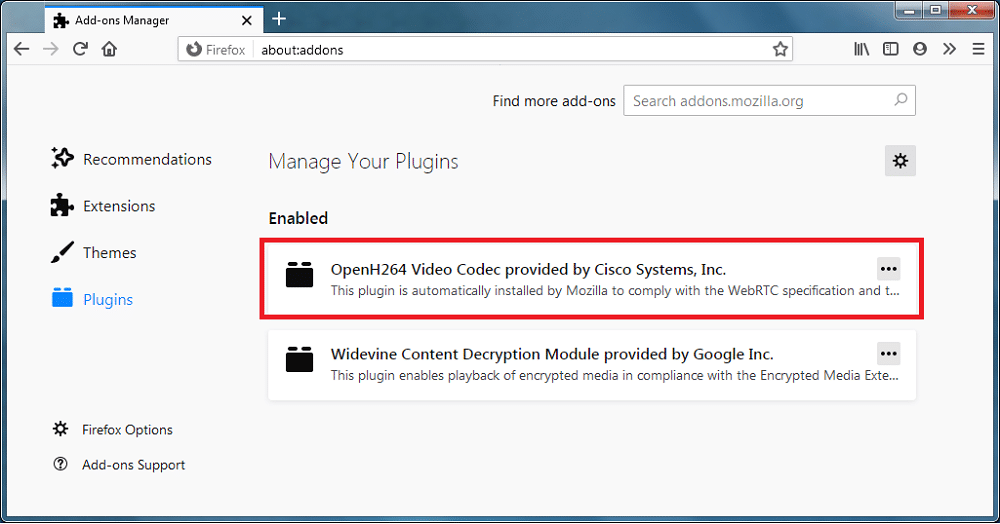 Since Waterfox is made from the ESR version of Firefox, it allows users to run the traditional XUL extensions and the NPAPI Plug-ins like Silverlight. Waterfox is a great choice when you would like to use plugins that are no longer supported.

However, since Waterfox supports Firefox 56 add-ons, these older versions can be unsafe. Firefox also has an extensive plugin and extension library. Its modern extensions and plugins support make it the best browser for more stable add-ons.

With internet users using different devices, HTML 5 has become an important aspect of the web. This technology ensures that all users have the same consistent web experience irrespective of the devices they use.

By analyzing the HTML5 test for browsers, Firefox performs better in supporting HTML5 features. Since Firefox is more stable than the latest Waterfox version, you'll have a better web experience when using it across different devices. Therefore, between Firefox and Waterfox, Firefox outperforms Waterfox in this area.

When using Firefox, you can use Google, Wiki, Amazon, DuckDuckGo, Bing, and Baidu as your search engines. On the other hand, Waterfox supports not only the above search engines but also Yandex, Qwant, StartPage, making it support more built-in search engines than Firefox. In addition to that, Waterfox also has two search boxes at the top of the main interface. 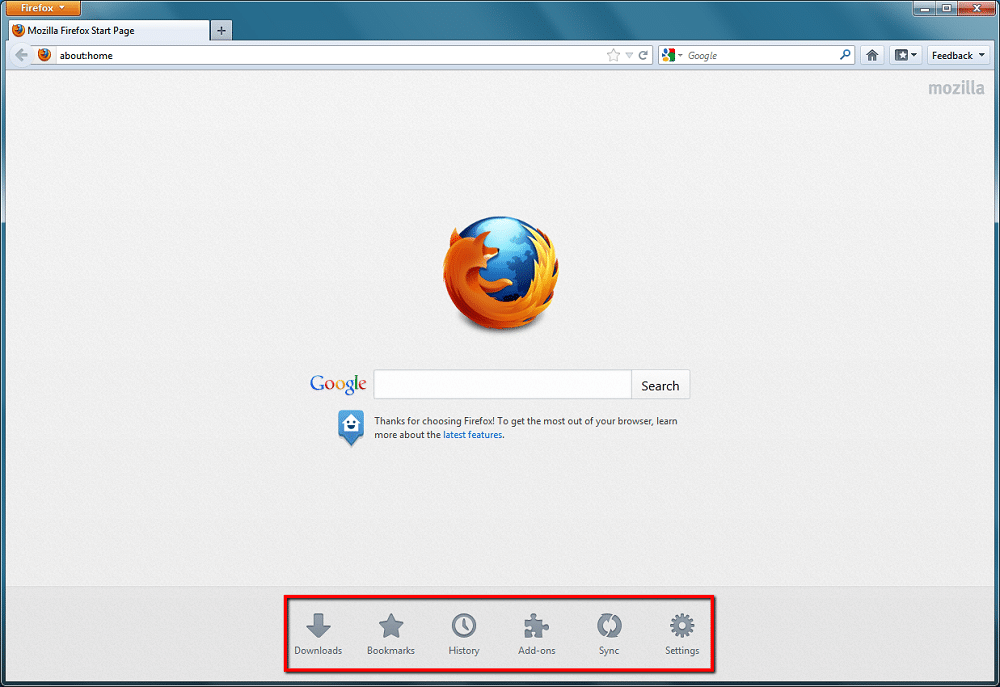 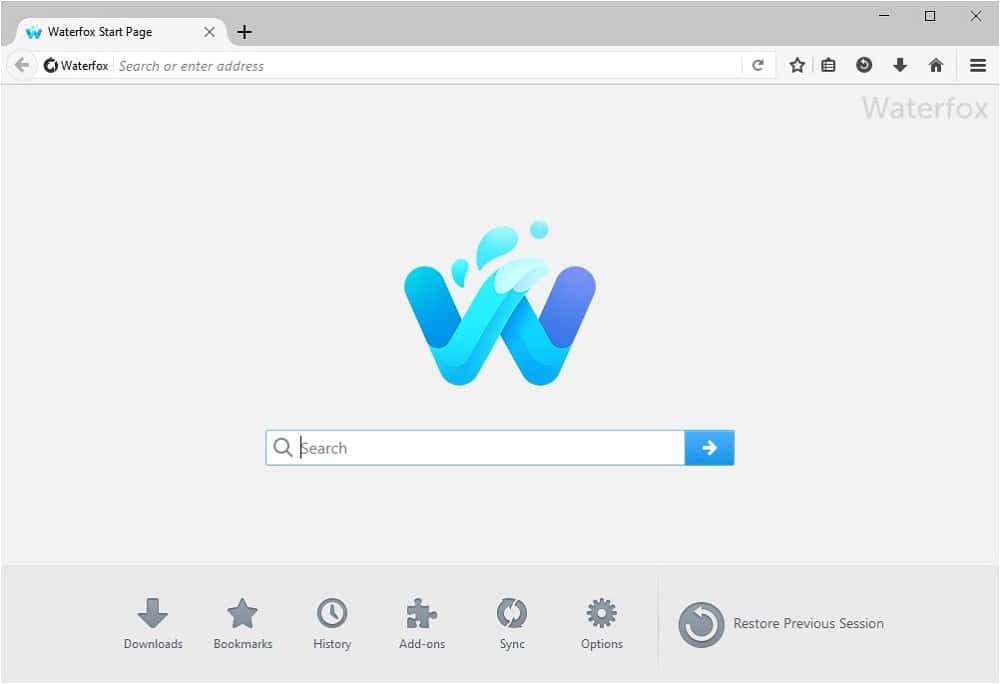 Internet users value their security and privacy highly, making the telemetry function worth analyzing. Mozilla strives to provide the best Firefox browser to its users. To do this, Firefox collects and sends them your interactions and technical details when using the software. Even though it is for improving the software, a user might consider this a violation of their privacy. 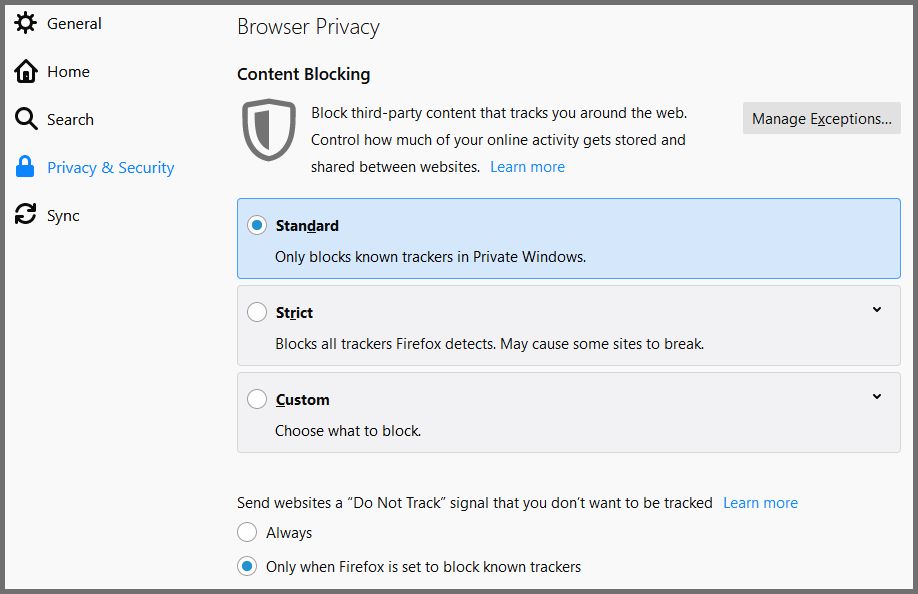 Waterfox, on the other hand, is free of telemetry hence disabling Pocket by default. That means that none of your data or telemetry is sent to the developers or Mozilla. To enhance privacy, Waterfox disables the encrypted media extension (EME) used by sites like Netflix. 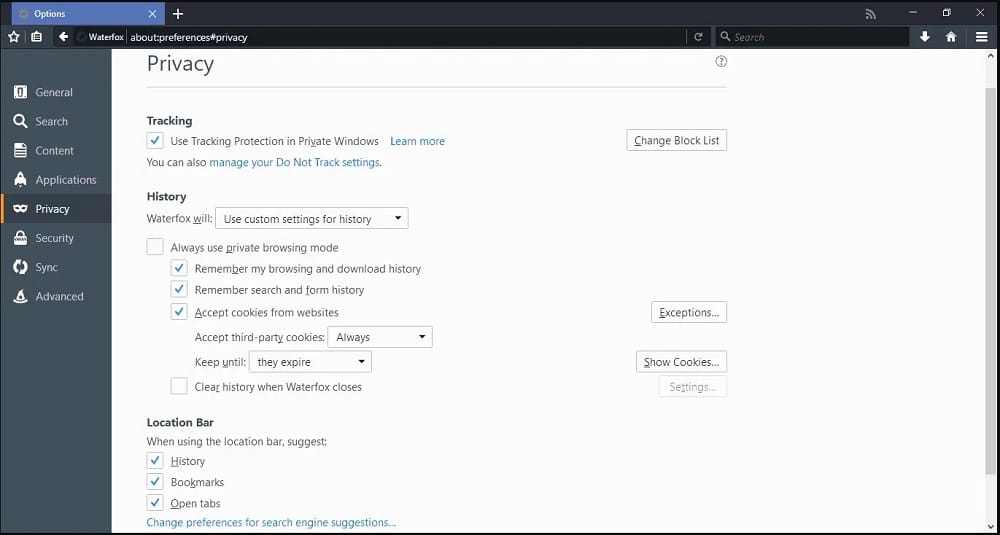 However, ever since Sysmon, an advertising company, acquired Waterfox, questions are still raised on whether it will access your personal data and send you ads.

Firefox ESR users will receive security updates before they are integrated into Waterfox. Your computer might be vulnerable during this waiting period. With all that said, Waterfox is much better than Firefox regarding security and privacy. 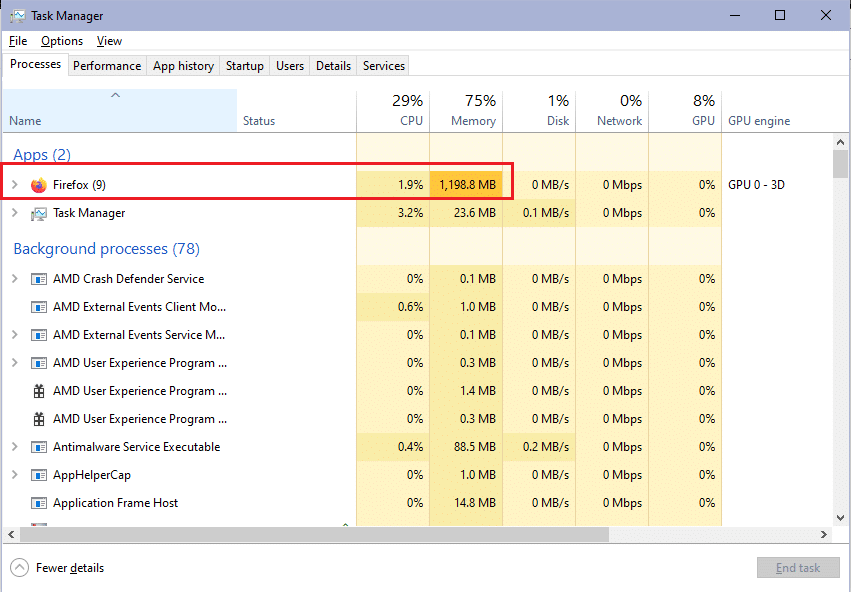 This means that your computer will use more memory and CPU when running Firefox. Therefore it can be concluded that Waterfox uses less memory and CPU than Firefox. 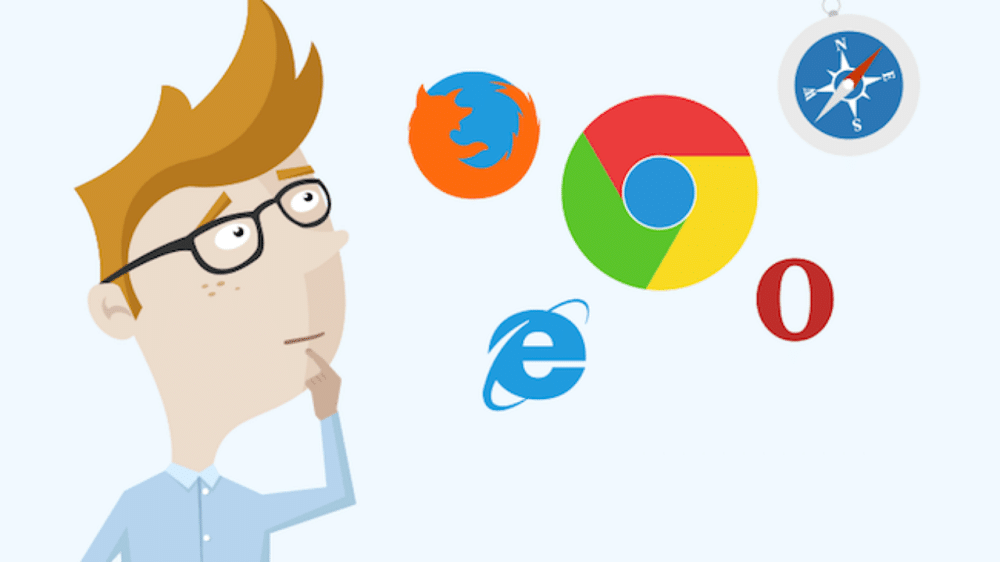 When it comes to web browsers, you have a wide range of browsers from Opera Mini, Google Chrome, Mozilla Firefox, and many more to choose from. In fact, it is not advisable to only use one browser.

Depending on your computer and preferences, choose browsers that suit your needs. Each browser has its advantages and disadvantages, and when you use several browsers, it greatly improves your productivity.

Depending on whether you want a secure, high-performing, and compatible browser or one with great support, you can never run short of browsers that meet your demands.