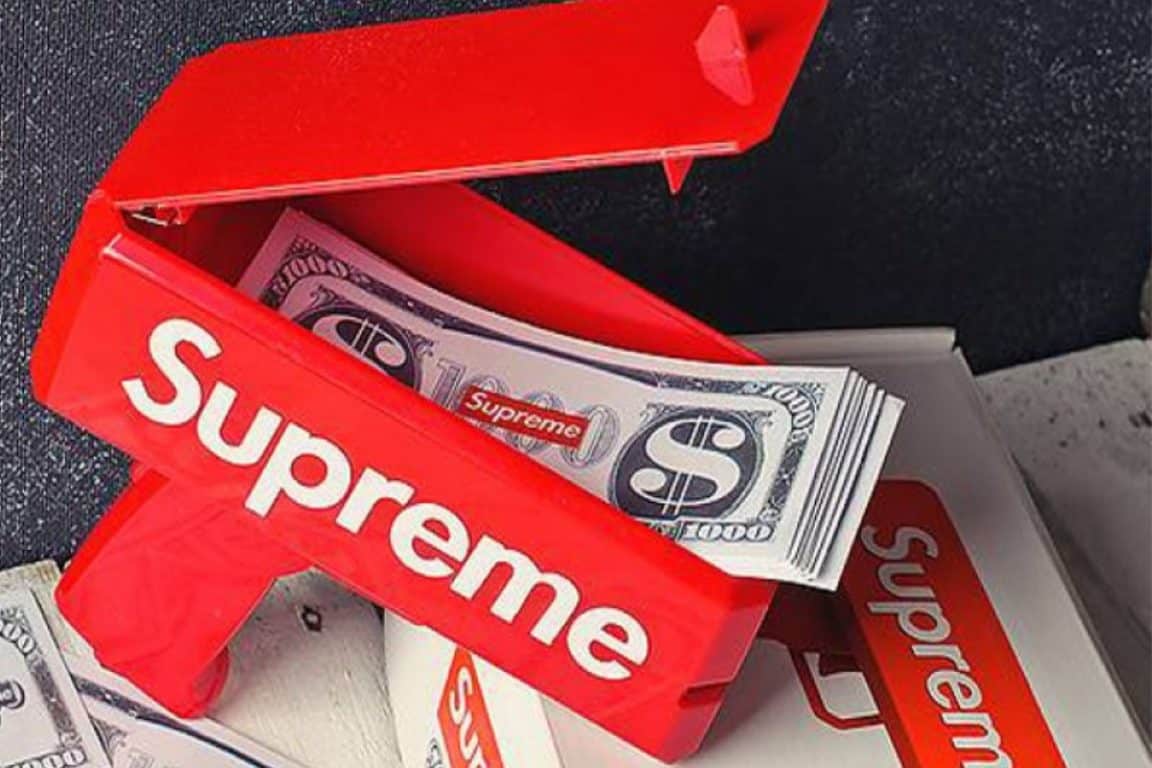 Every hype beast knows that good fashion costs money. It's especially true when it comes to rebellious and hard-to-get Supreme apparel. One of its box logo T-shirts can run for over one thousand dollars.

If you're unfamiliar with this clothing, label price tags like that probably make you wonder why Supreme is so expensive? That's exactly what we're going to discuss in this article.

Why is Supreme So Popular?

Supreme clothing brand was started a little less than 30 years ago. The company quickly gained recognition within the New York skating community through its authentic and rebellious spirits. But the company's popularity peaked in 2007 when Kanye West was spotted wearing a Supreme blazer sb a pair of shoes. That was made in collaboration with Nike.

Today, this one small skateboarding store is valued at one billion dollars and has a large cult-like following. So, what's so special about Supreme? Not its retail prices, believe it or not, but most of its graphic t-shirts run for $36. Only when they reach the resale market can the price go up as much as 10 times and even more.

Remember the shoes that we mentioned? Before Kanye wore them, they ran for only 150, but after photos of him surfaced, the shoes started popping up at resale sites for as much as 800 dollars. What people are paying for is the hype.

Supreme has based its business model on making items as trendy as possible, which has worked out tremendously well for the company. So let's take a closer look at it. 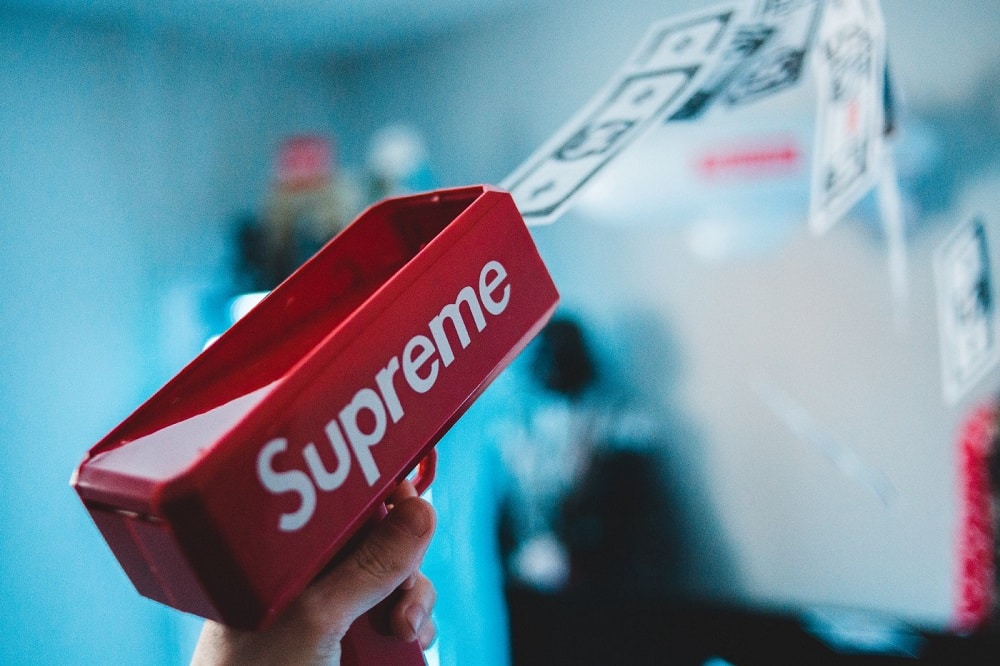 Supreme has been creating a buzz around its brand from its inception by taking famous pop culture images and slapping them on its T-shirts. It's believed that even its famous logo was copied from artist Barbara Kruger's work. In turn, the company received several cease and desist letters for copyright infringement.

However, this strategy of ignoring the laws only gained supreme popularity and rebel status when the demand started to grow. Supreme took on another clever approach to hype up. Its items even more simply by limiting the supply. Have you ever tried to buy anything from the Supreme store? Here's how this elaborate process works.

There are only 11 brick-and-mortar Supreme shops scattered around the world. To get anything from them, you have to visit their website. When the new release is announced on Monday, enter your information and wait. If you're lucky, you'll get selected to wait in the longest line you've ever seen. 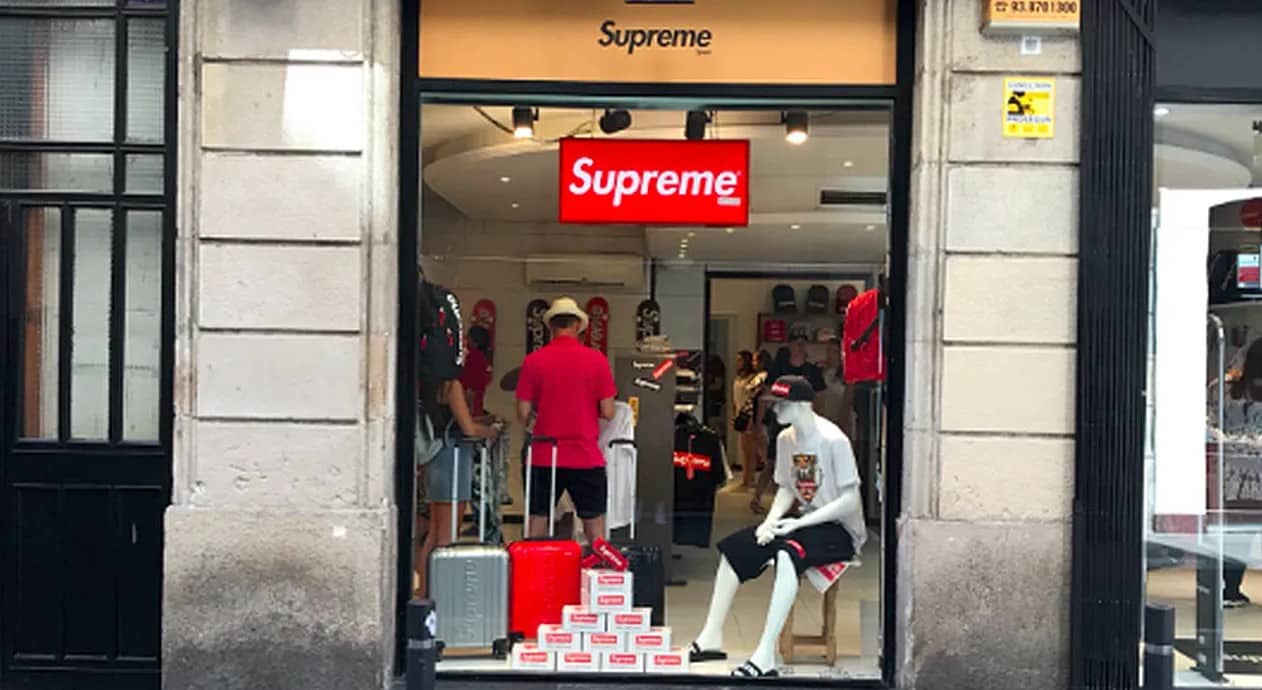 A Supreme store makes matters even more frustrating for its fans. Supreme releases only a limited amount of high-demand items, meaning you could be standing in line for hours just to see others snatch the things you wanted. That's why many people hire others to wait in line for them a week after the physical store releases items.

Start to drop at the online store. Here things work similarly, except everything gets sold out faster than you can check out. That's because online stores are dominated by bots.

People get functional and often very expensive automation software, power it with proxy IPs, and race each other to check out those. Without a bot, you stand no chance of buying anything by making it look like pretty much each of its collections is a limited edition.

Supreme has won the hearts and minds of fashion addicts, collectors, and resellers. That's what led to the hugely inflated prices. Resellers buy Supreme items directly from the store relatively cheaply. They sell over-hyped items on auction and resale sites to those desperate to get their hands on some Supreme goods.

Are you a die-hard supreme fan who doesn't want to pay 10 times the retail price for clothing and sneakers? Or maybe you're considering starting a retail business to help you get into the sneaker game? Then you'd have to need sneaker bots and sneaker proxies!